The BIG London Bake - GBBO made in Tooting 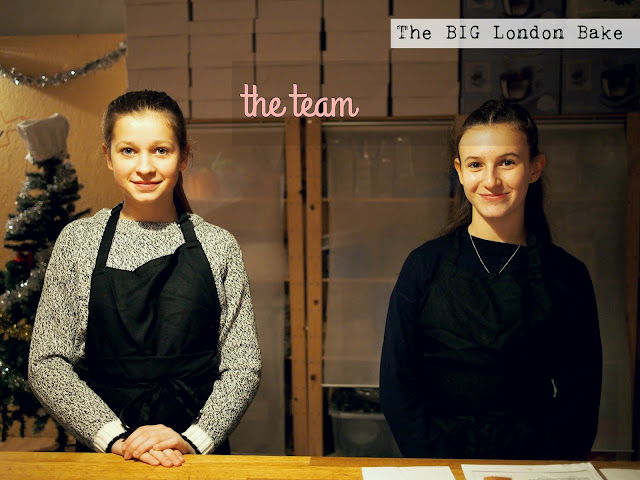 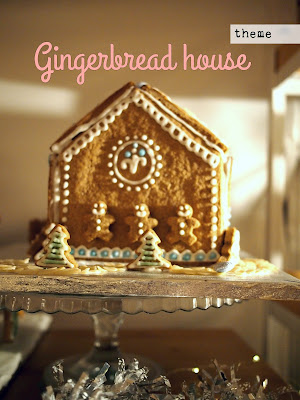 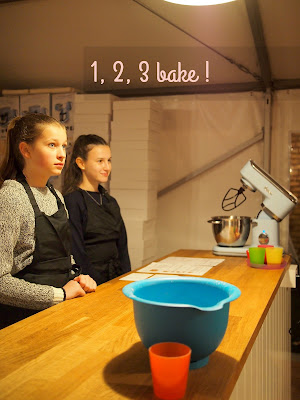 Like many other girls her age, or even, any fan of the serie The Great British Bake Off, you might have dreamt of entering that tent.
Jeanne did it for her 13th birthday and literally participated into the UK most famous bakers'competiton, although not aired on television this time.

Funnily enough, we discovered the Big London Bake down the road, hosted by the Castle's rear garden, and couldn't believed our eyes it was real.
The same tent happend to be in the middle of Tooting's most amazing beer garden. And we could even book a session, and therefore, take part in the competition !
When I mean "we", I haven't been brave enough, so I booked for my daughter and a friend. It says contestants under 18 would have to attend any session before 8pm, after that, no children would be permitted into the pub. So I managed to book a 6pm session after school and waited for 90mn inside the pub crowded by Christmas parties, wishing I would see inside the tent on a screen. 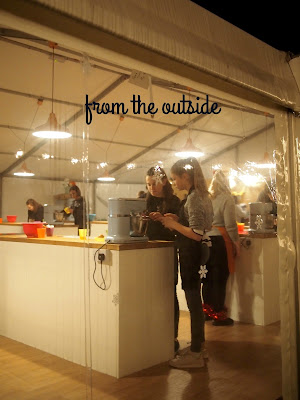 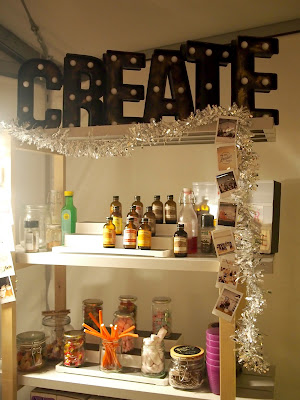 I was tempted to stay with the girls to make sure they would be following  the recipe and manage the building of the Gingerbread house (could be quite challenging) but they kindly asked me to leave (the girls, not the staff).
So when the judge started the countdown, I realized it was serious, the two thirteen year olds' girls had to bake a 3D biscuit house and deliver it within a timed assignment.
So I left, my heart pounding.
I wasn't sure whether this birthday present would be one to remember. What if they panicked or completely failed their recipe ? 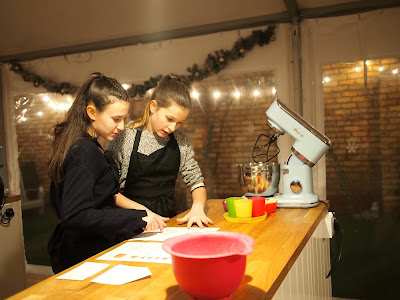 When I came back, at half time, I hoped for the best.
The two chefs had made such a great job at putting together 4 walls and a roof, made of biscuit, piping and assembling all the details of their project. They shared the chores and managed to work together as a team. No arguments.
I noticed a strange face on the pictures though, a funny smile. I realised as they took their masterpiece  to the last stage of the competition, that they had been nibbling sweets all the time. 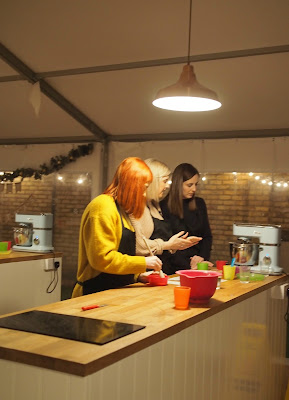 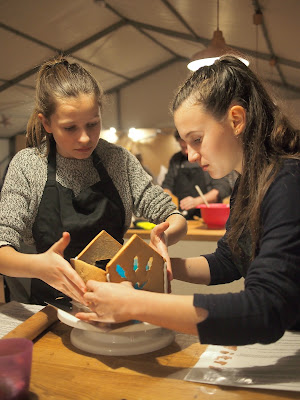 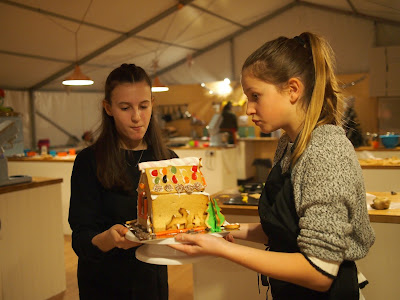 I hold my breath while all the houses were brought to the judges'desk.
Each of the houses were commented and tasted. Some had one wall missing (it fell on the floor), some had no wall standing at all (poor couple, I wondered what they did for 90mn, hopefully not arguing), and eventually, 3 houses were selected to the Final. 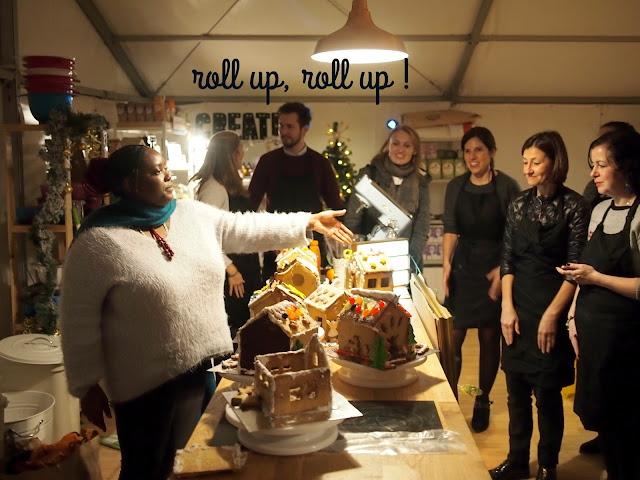 The third wasn't bad at all, the second...was "ours", and the first was beautifully assembled, with the well balanced cinnamon flavour, and of course, made a perfect snap, like Mary Berry would say.
The girls were happy to come second among a group of adults, and let me carry their huge box back home. I couldn't let them down this time.
Great evening, nerve wracking for some of us, memorable for everyone. 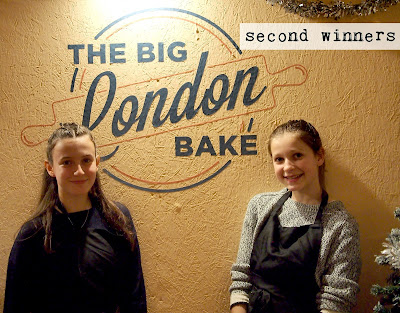 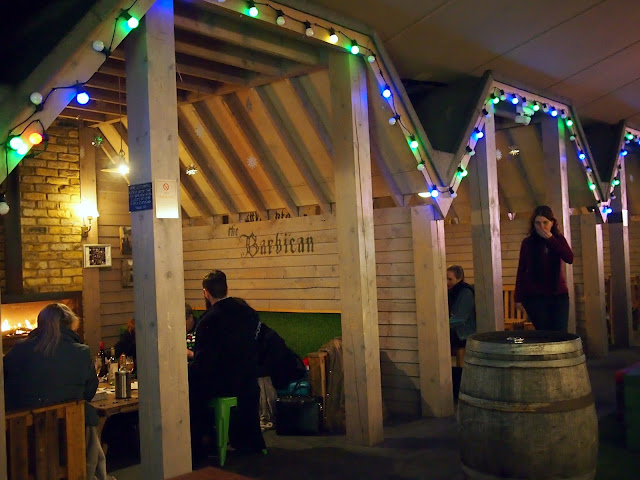