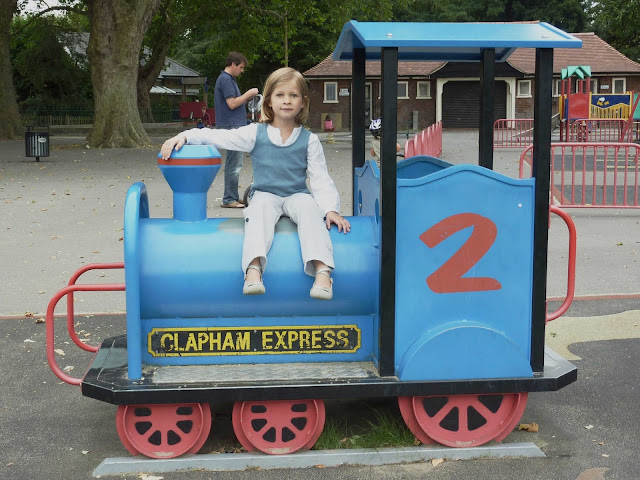 Ten years ago, we moved here to the UK thinking we would be islanders for just a short while. We didn't feel home-sick and the short journey to and from the continent proved simple.
Above all we were benefiting from the best of both cultures! At that time who would have predicted the state of political turmoil that was to befall the country?

Over this past decade, we have had a super time as a family settling into such a child-friendly city. We have lived through some of the country's most exciting events. During 2012, for example, so many joyful celebrations happened in one year: the Olympic and Paralympic Games, the Queen's Diamond Jubilee, street parties being organised everywhere, a royal baby on its way... 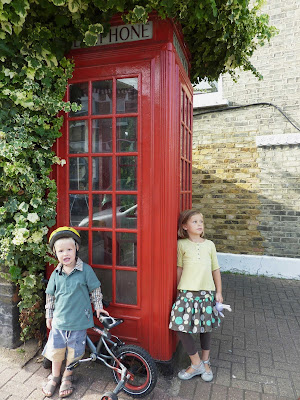 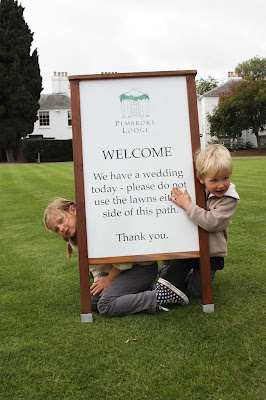 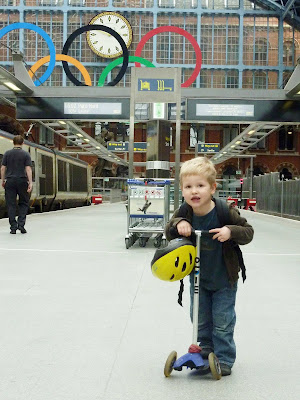 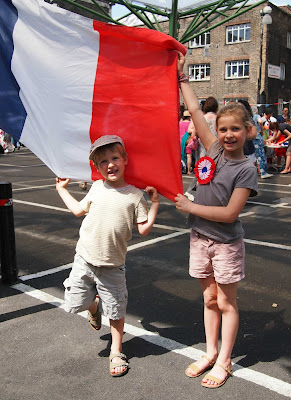 Things changed dramatically in 2016 after 51.9% of voters chose to leave Europe. From then on we could hardly believe what was happening here. What we saw around us in London was not the outcome we had expected in the early hours of the morning of 24th June 2016. London isn't representative of the rest of the UK, but this was something we had hardly realised prior to the referendum.

We felt totally in the dark about the final result of what appeared to be a process of economic and political self-destruction and unsure about our future here as EU citizens. We applied for "settled status" and made the decision to start our long journey towards citizenship. One thing seemed obvious - our children would need a clearer status, as they had grown up and spent all their childhood here in the UK. Sometimes they would claim they were British, sometimes French: we felt we had to go through this process for them and bring their two cultures together. 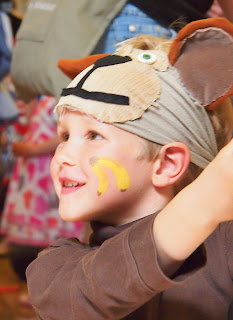 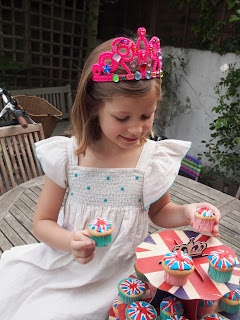 After all, these two have grown up in a country where children have their tea at 5pm (we were soon to understand that it wasn't an actual tea), and, consequently, children hardly ever have a dinner with their parents (we still have our dinner at 7pm all together). Like other British children, they even ate Toad in the Hole and Yorkshire pudding (not a dessert) with their Sunday Roast !
Despite our new home country’s reputation for original and unusual gastronomic delights, our children became very keen on food from all over the world: they enjoyed street food markets, finger food and takeaways ! They even placed Hula Hoop snacks on their fingertips as Amelie does with raspberries in the film. They would have easily won a quiz on the different flavours of crisps or would have been happy to eat beans on toast (if only we had some in the kitchen cupboard!).

Although they spoke no word of English, they soon began to sing nursery rhymes with their South West London accent: Humpty Dumpty replaced Frère Jacques, and they even started to correct our English pronunciation!
They learned traditional playground games, such as Grandmother’s Footsteps, and still had no idea about what 123 soleil meant (the same) or how to play Prisoners' Ball (Dodgeball). They never said "Plouf Plouf" but mentioned a dog instead: "Doggy did a poo, who stepped in it, that was you". They also played a great number of ball games the rules of which we will never be able to understand: Lacrosse, Netball, Cricket...They scooted to school on their micro scooters despite how nearby we lived (the school's catchment area was only 250 meters at the time!) and felt so confident that we travelled all around London with it.

Where we are concerned, we've learned all the jargon of the British education system but still can't understand the meaning of long division. We were managing alright until it all changed after a couple of years, introducing new curriculums, new key stages, and the ABC grading was made redundant (9 to 1 grades were launched, as well as acronyms such as ARE and GD).

The children were loving every minute of their life at school: classmates and staff were caring and immediately made them feel part of the community. It was such a relief that it was going so well, particularly when we realised that they were supposed to stay in the same class for 7 years. We felt  warmly welcomed, as the school PTFA organised social events, and our first parents' get together was held in the school hall with a glass of wine! We had fun at wine testing in the Call my Bluff evening and learned from our defeat to be more open-minded about wines (we hardly knew anything about other regions of the world that also produced wine). Maybe our former confidence on the subject had been far from justified.
What we struggled with was assemblies. First, we had to understand that, as parents, you were not allowed to miss them. Moreover, it was very hard to understand the words of 4 to 11 year olds who would speak too fast or too near the microphone. We heard people laughing and we didn't know why. We’ll never forget how emotional we became during the first Nativity we saw: it took place in a local church, with the entire Year Group (an impressive number of 90 children dressed as farm animals), sitting wonderfully, singing their hearts out, and rounding it all off with a  hearty rendition of We wish you a merry Christmas in... sign language (BSL).

The children belonged to their school community(-ies) or sports teams, as if they were so proud of them -  gathering up house points collectively. You see, in France, you achieve things for your own individual good - you don't really care about the rest of the group. In the UK, even if sometimes the final goal was sometimes surprising, such as coming to school ONE day in your own clothes, or achieving 100% attendance, the reward for the children would be a BBQ party after school with the teachers, for example! To us, as parents, the highlight of the school Auction Night was when we realised people were betting on an afternoon tea with the headmaster!

Unsurprisingly, our children gained so much self-confidence! They won their weight in medals of all sorts of prizes, from Star of the Week certificates to the delivery of Pen Licenses and even such rewards known as Dinner Winners ! It is such fun to attend a school here in this vibrant area of London. They came back from school loaded with 3D creations from the Junk Modelling corner. Yes, children have fun at school : they get to wear fancy dress, dressing up as Romans or ancient Greeks as part of the curriculum for example. They made their own gas mask boxes from the Blitz, their own sugar cube pyramids, a model of Tutankhamen’s funeral boat, not to mention the molasses cookies we baked for Black History Month to share with the rest of the class.

School life has much to celebrate here in the UK. Our children have become aware of most national charity events - such as Mad Hair Days, wearing spots for Children in Need, or smart clothes for No Jeans for Genes' Day. They would take in tins of food to school for Harvest Festival in October. They now know all about Diwali or Eid, can talk about Sikhism or Buddhism while French school children would be excluded if wearing a religious symbol in the name of Liberté, Egalité, Fraternité  because back home schools are not teaching any religious education. 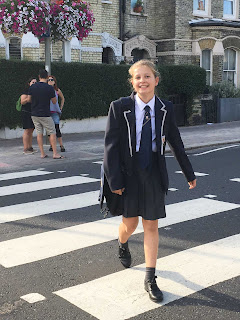 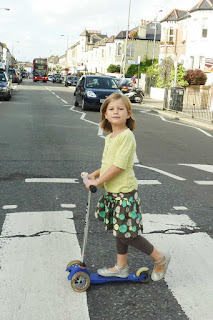 Throughout these years, our children developed into rounded and thoughtful members of society, doing extracurricular subjects and learning mindfulness for example. They learnt how to discuss many different topics during such situations as class debates, school assemblies, or when meeting an Olympic sportsman, a charity worker, or an author. The school hall is a place to meet people and to provide role models. It is about raising children to care about their community. One subject is actually called Personal, Social and Emotional development: during these classes, self awareness and confidence are discussed - how "it's good to be me". 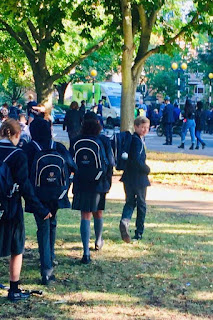 So we ask ourselves: who will our children become? As adults, where will they settle? In which country will they choose to study or work? They have made us parents bringing children in a foreign country, sometimes lacking cultural references. They understand UK values and culture better than us. We gave them this opportunity to grow up outside of France, speaking two languages. We chose, as a family, to become British citizens like them culminating in a Citizenship ceremony.
Ironically, it was something which happened during this very ceremony that made us feel different from them. At the end, when we were asked to stand up and sing God Save the Queen, we were mumbling and lip synchronising whereas they knew the words...
From time to time it can be tricky having little to no understanding or experience of the education they receive at school or of the culture they are familiar with (such as Michael Morpurgo, Roald Dahl or even Capital FM unfortunately). We have many a time felt puzzled when we realise that they actually like jelly or want milk in their tea, or when they ask for vegetarian options at dinner !  Nevertheless, after all is said and done, who cares whether our children want Beef Bourguignon or veggie Shepherd’s Pie!  What matters is that they will always be able to cope with adapting to life changes, to new circumstances and to any new country or city in the world where they might choose to go and live - not too far from Europe - we hope !

We would like to thank the following people :
Our first friend, inviting us for a playdate, Elsie (Anita cooked Toad in the hole).
Everyone from the Willow class who took good care of Jeanne and teacher Ms KJ
The Headmaster and Headmistress of wonderful communities,
All PTA members who work so hard
Our ballet School teacher, Miss Angelina
Football Coaches (Dads volunteers at our Saturday football Club)
Our friends who have kindly accepted to be a referee for our citizenship process, as well as the heads of the schools.
Philippa for helping editing this text
Our parents and families who have been following us on this Blog for 10 years.
Publié par Claire à 18:29:00